5 Myths About Active Violence - In a Heartbeat
Skip to content 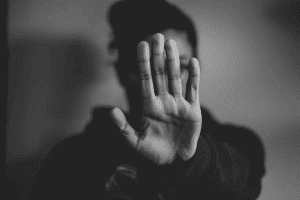 A lone wolf, “disturbed,” a unique character – these are some of the favorite stereotypes people use to describe active shooters. How public offenders are depicted, what their relationships are to the victims, what caused the escalation, and where it took place are often laced with misconceptions. In reality, there is no single archetype for a perpetrator and no “perfect victim.” Cases of active violence can, unfortunately, happen in places and involve people that we would never expect.

While active shooting incidents are unpredictable, you can be prepared with an effective response. Knowledge will always be power. Arm yourself with the ability to distinguish fact from fiction with these five misconceptions about active shooter events.

The idea of the quiet kid showing up to school one day with a gun to take revenge on those who wronged him is intriguing. It is a cut and dry storyline in many books and films. While it’s true that bullying is a factor in gun violence, this is not always the case.

Public shootings happen in many different locations. So, where else do they happen?

Workplaces
Millions of individuals are exposed to assaults resulting in mortality or injuries while working. Intentional shooting, stabbing, and strangulation are some of the most common types.

Places of Worship
Violent crimes are prevalent in houses of prayer including Christian churches, Islamic mosques, and Sikh temples. Each year, around 480 incidents of serious violence occur in these places around the country.

Homes
As gun availability increased, loss of life and injuries within families rose as well. In 2019, more than 4,000 children and young adults were victims of homicide.

2. “Most Perpetrators are Random Strangers”
It is hard to imagine anyone close to you to be a serious offender; however, in many cases, violent individuals are either directly or indirectly connected to their victims. In the US, one in four homicides is related to domestic violence. Abusive partners could harm their victim’s circle such as coworkers, family, or friends. Understanding the threat those around us pose does not mean we should be suspicious and untrusting. Instead, it means we should understand that violence is not only perpetrated by strangers, and it is important to be prepared to protect ourselves against any aggressor.

3. “Possession of Firearms Ensures Safety”
The purpose of gun ownership 20 years ago was hunting. Today, more and more people are arming themselves for protection. While guns could provide safety in some settings, they can also bring a lot of harm. Firearms in a home with a history of domestic violence increases the risk for injury of partners or family members. Every day, accidental shootings by children to themselves, friends, or family members occur. Therefore, if you own a gun yourself or live in an armed household, it is crucial to enforce strict safety and training measures to ensure that your gun for protection does not become the problem.

4. “Only A Gun Can Stop A Gun”
Firearms have a higher likelihood of being stolen rather than being used for self-defense. You may believe that armed citizens could save you from attackers but according to most research, armed citizens rarely step in to contain an active shooter. Besides the authorities, the hero you can count on in these kinds of situations is you. With proper training, you can safeguard your community, workplace, school, or congregation from different forms of active violence.

5. “The Police will Negotiate with the Shooter”

The scenes of criminals requesting an escape helicopter or a million dollars is one that we often see in dramas. In movies, hours are spent negotiating to reach a peaceful agreement with hostage-takers. In reality, an entire active shooting incident occurs within an average of twelve minutes. When law enforcement arrives, the priority is not to negotiate but to gain access to the premises and neutralize the threat. Knowing the real scenario can help you manage your response when caught in these situations.

There are grains of truth to every one of these myths with the most dramatic ones magnified in mainstream media. In real life, the characteristics of perpetrators, places, and circumstances vary in many ways. Naturally, people fear what they do not know but there is a training available to help you overcome this fear through education and preparation. In A Heartbeat’s Surviving Active Violence & Emergencies (SAVE) program is for the private sector. Students will learn how to best respond when facing active violence. Many times, individuals unintentionally find themselves caught in a potentially deadly situation. Contact us to learn more.