Rising Crime in the US | In a Heartbeat
Skip to content 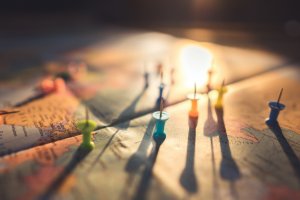 In 2021 alone, there were over 693 cases of mass shootings. Compared to 5 years ago, the numbers have almost tripled. Everyday, more than 300 Americans are shot. From around 600 children affected by gun violence in 2014 to 733 victims in 2017, the figures have risen to up to 999 children killed or injured in 2020. The exponential growth of these numbers means one thing – there is a rising crime rate sweeping across the nation. As active violence grows, so do efforts to keep people safe and educated. There is no need to live in constant fear or anxiety of this potential threat. Instead, there are tangible steps you can take to keep your community, organization, workplace, school, or congregation prepared and protected.

Which crimes are on the rise?

Ever since the 1600s, crimes occurring in the U.S. have been carefully recorded. The rates vary from time period to time period, with national and international circumstances playing a significant role in the rise and fall of the numbers. From the 1970s to the 1990s, America’s criminal activities peaked like never before. Burglaries, bank robberies, rape, murder, and automobile theft were among the most committed illegalities.

To American relief, the crime rates dropped year after year from 1991 onwards. While robbery and rape continue to steadily decline, violent crimes have recently soared again. At first, they slightly rose in 2015, dropping again in 2018 and 2019. However, in 2020 and 2021 these rates have begun to rise yet again. Gun violence has been one of the most deadly forms of violence on the rise.

Where does crime happen?

Gun violence in schools gets the most media attention, often presenting the illusion that mass shootings occur exclusively in educational institutions. The truth is that active threats are everywhere. As much as we would like to ignore this reality, there are always risks in public and in private locations. Commercial spaces, parking lots, places of worship, public transport, as well as friends’ or relatives’ homes can be locations for acts of violence.

What can we do?

It may appear that active threats are random acts of violence but, in reality, they are not. More than a half of the public shootings that occured between 2009 and 2020 were perpetrated by someone who had a history of domestic violence. Fifty six percent of perpetrators exhibit warning signs leading up to the incident.

The effects of gun violence ripple far beyond the wounded and or decesaed – individuals lose precious loved ones, mothers, fathers, children, brothers, sisters, best friends, supporters, and motivators. Although the rising crime rate in America is not on par with the 1970s to 1990s era, it is better to be safe than sorry. If you are in a relationship where domestic abuse is present or you have someone around you who is in that situation, you can protect yourself from possible gun violence with the right knowledge and through proper training.

Familiarize yourself with the Public Shooter Situations: Do’s and Don’ts and develop the skills to recognize the warning signs of a potential shooter. With IAHB’s Surviving Active Violence & Emergencies (SAVE) program, your community, employees, faculty and students, or church members are able to train themselves in realistic scenarios that could breakout in daily life. Safeguard yourself and the people around you against gun violence, contact us today at https://inaheartbeatllc.com/contact/ to learn more about our group SAVE classes.